You are here: Home / Books & Reviews / French for Children, A Review by Carol Hudson 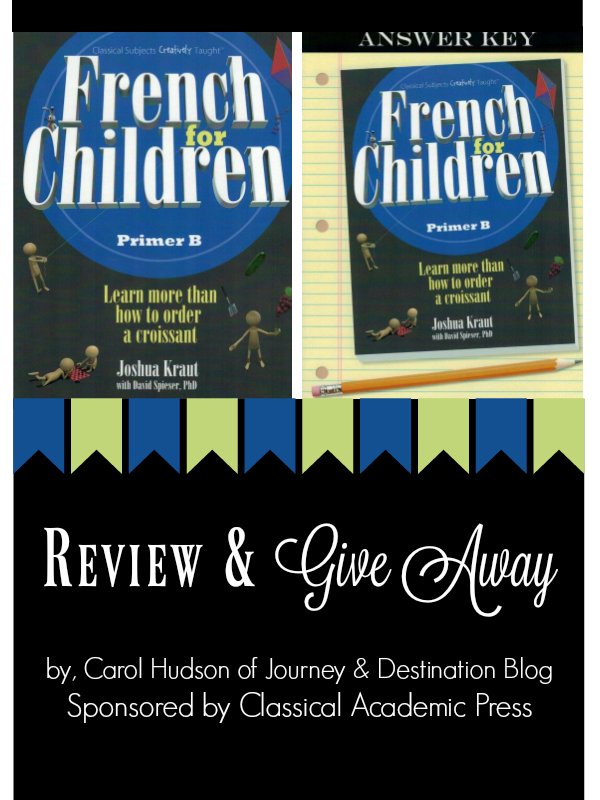 At the beginning of last year, my nearly 11-year-old daughter started using French for Children, Primer A (FFCA) published by Classical Academic Press after a number of years of informal French study. It proved to be timely for her to commence learning this language using a more formal approach and we were both very happy with the material. I wrote about our experience here.

French for Children Primer B (FFCB) was published late last year and Classical Academic Press kindly sent me a copy for review purposes. I really like this Curriculum and so my review is unabashedly positive, but it is my honest opinion.

My now just turned 12-year-old daughter started using FFCB in December last year and it followed on seamlessly from their previous text. It is recommended for Grades 5 to 7 and follows the same style and format as FFCA with a couple of new additions.

Previous concepts learned throughout FFCA are referred to briefly before they are gone into more thoroughly e.g. FFCA covers the present tense and FFCB reviews this and then introduces the future tense in Chapter 9 and the past tense in Chapter 11.

If you were coming from a different Curriculum and were thinking of starting with FFCB instead of FFCA, your child should be familiar with the following concepts first:

The DVD’s by Joshua Kraut are excellent and contain some built-in review of the content covered in FFCA but they mostly concentrate on new material.

Speaking of DVD’s, some kids (notably mine) are put off by the tone, accent or attitude of some speakers (“Do we have to listen to him?“) but Mr Kraut gets the thumbs up from my lot. He is easy to listen to, has a sense of humour without being too obvious about it, and is generally very pleasant.

“French is a very excitable language!” – my daughter’s comment after watching the first video of French For Children Primer B

Below is the complete video for Chapter 1

As I mentioned in my review of FFCA, the only thing I’d add to this curriculum would be listening to French folksongs. I have a YouTube playlist of a variety of folksongs here that we’ve used previously and a newer playlist here of the songs we’re doing this year.

Classical Academic Press is giving away two French for Children: Primer B bundles for USA residents. Enter via Raffelcopter at Expanding Wisdom and There’s No place Like Home! 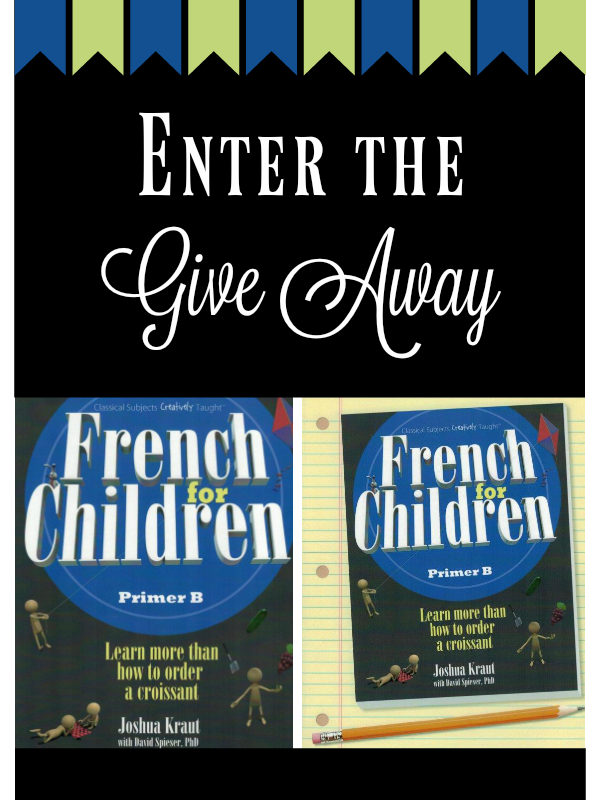 Giveaway ends at midnight on February 20th. Winners will be contacted by email. Winners that do not respond by the deadline given in the winners’ email will be replaced by random drawing.

This site uses Akismet to reduce spam. Learn how your comment data is processed.